Antec’s P120 Crystal is a mid-tower computer case mainly targeted at liquid cooling users. The case does borrow a fair amount of inspiration from Lian Li’s O11 Dynamic, one of the most popular computer cases to exist. But, it adds a lot of unique elements to make it the P120. The case does have a lot of good points. It is cheaper than the O11, and is completely white, with not a single clue of black. But, does it live up to being a worthy competitor of the O11 Dynamic? Let’s find out.

A huge thanks to Antec for sponsoring a review unit. But, they had no say in the content of this review. So, it is as honest as it gets.

The case came in a caramel carton with the P120 branding on it. The contents were very well protected inside. Antec has curated a very sophisticated unboxing experience, with the inclusion of a black paper bag for protecting the case.

The accessories box was found tucked into one of the hard drive cages.

Overall, the unboxing experience was above average.

Build Quality and Looks: The case looks extremely elegant. Antec put a solid amount of work into the build quality of this thing. It is not as good as that of the O11 Dynamic but is above average for a standard computer case.

This case has been designed for people who want to showcase their sick builds, just like the O11. It has both a front tempered glass panel and a side tempered glass panel. But, it has some improvements. The side panels’ borders have been painted white, instead of the black borders you get on the O11. This makes it look much better.  Lian Li fixed this with the O11D Mini Snow White edition, but that case was released a full year after this case came out.

Side Panels and Mesh Covers: This case has a hinged tempered glass panel. It rotates up to 180 degrees. This side panel also has rubber stoppers on all of its sides. This will help in absorbing vibrations, thereby making the case silent. It locks in place with a spring-loaded lock, and the mechanism is simple. But, springs are not the most durable materials to exist. So, this is one probable soft spot.

The front panel is also made of tempered glass, and you can take it off too. But, the process is a bit quirky. The two screws in the bottom come off quite easily. But, the ones on the top are hidden behind a metal plate. Now, the case uses this metal plate to attach the hard drive caddies below it. and it could also be used for a bit of cable management, I guess?

The other panel is made of metal, and it has ventilation for your side intake or exhaust, depending on what you configure it as. The ventilation has a mesh to filter dust.

The bottom intake also has a mesh. But, the top panel is completely sealed off. Antec riveted the panel in. They could have at least made it removable.

Front Panel: The front panel is a bit lacking. It has two USB 3 5Gbps ports, which are lit up with LEDs. Antec opts for a SATA power connection to light up these LEDs instead of the HDD LED connection used in several other cases.

The audio port has a separate mic and headphone jack. A hybrid HD audio 3.5mm jack would have been a much better design idea. The reset button is standard, and the power button has a shiny metal finish to it.

PSU Shroud: The PSU shroud has been taken to the top of the case. This pattern was common in most old cases, but the aesthetics of the P120 use this design to its advantage. It has a few sharp bends, curves, and arches that give a sleek and futuristic look.

The shroud is quite long. Power supplies are seldom this long. But, the extra space can be used for dumping extra cables.

This case is not as wide as the O11 Dynamic. Its width is comparable to other mid-towers in the market. This is because the O11 Dynamic has two compartments, while the P120 manages to fit everything in just one.

HDD Cage: The hard drive cage has been placed in a very weird place. But, a problem arises when a 360mm AIO cooler is mounted. Antec requires you to completely remove both of the hard drive cages in this case. But, some people on the internet have managed to fit one HDD cage above their 360mm rads

After you unscrew the screws, the tray comes out. You can then screw any 2.5-inch drive in and place it back together. The case supports two SSDs through these plates, and an additional third drive is supported at the bottom of one of the hard drive cages.

Motherboard Support: This case supports up to 12” by 11” motherboards because the cable management cutouts have been put at an angle. Even if your motherboard is a bit oversized, you won’t have any problem fighting the cables in.

Fans: The case does not come with any included fans, just like the O11. It has been built for liquid cooling. Be ready to spend quite some extra on case fans because this case needs up to 7 fans for proper functioning. 3 in the side, 3 in the bottom, and 1 in the rear. You can mount AIOs on all of these sides too.

Cable Management: This case has a below-average clutter. It does not come with fans, so the out-of-the-box clutter is manageable. The USB 3 cables have been bundled into one. And, the rest are HD audio, power and reset cables, and the SATA power for the USB LED.

But, the cable management space is starved. You need to have some swift hands, or else the sid panel might not fit in.

PCIe Slots: The best part about the case is the included vertical mount. This case comes with 7 horizontal PCIe slots and 3 vertical PCIe slots. This will help you mount some of the highest-end cards vertically especially because all of them are now going over 2 slots. Some even over 3 slots. Most vertical mounts included with cases come with only 2 slots. So, this inclusion is a step up.

The case does not include any accessories like RGB splitters, PWM splitters, or anything of that sort.

This case looks great. Yes, there are a few points in which this thing misses out. But, you cannot deny that this case has been built well, it looks aesthetic, and manages to impress in quite a lot of points.

We cannot say this was the best case to build with. There are a lot of caveats.

Overall, not the best case to build with.

This case looks very sharp. The side-mounted radiator looks great, and the full white build of this case, with no hints of black, makes it look much better.

But, the bottom-mounted fans do not look that great. If you have a long horizontally mounted graphics card, it will block all of the RGB from lighting up the case. This is why mounting fans in the top looks much better as it creates a great filler light around the CPU blockhead.

But, still. The case is a bit wide-bodied towards the bottom, and if you align the fans towards the front panel, they look awesome.

Antec has put a lot of effort into the build quality of this case, and it is very elegant and feels premium.

This case does not come with any stock fans. This makes thermal testing this thing a bit difficult because we compare the performance of cases based on the stock fans it comes included with.

We installed Antec’s Symphony 360 AIO on the side, and three of its stock fans. For the fans, we opted for three Lian Li ST120s in the bottom, and one Frostec FS120A in the rear. These aftermarket fans are quite up to the par with the stock fans that come included with cases in this range. Although not perfect, we can use this as a comparable bench.

The P120 has some decent temperatures. We see that they are slightly worse than the HAF 500 we reviewed last week, but the difference isn’t a whole lot.

Side intake is much better than bottom intake.

We weren’t planning to review this case with the GTX 1650. But, long graphics cards won’t fit in this case horizontally.

The GTX 1650 isn’t a hot running GPU, so we will not be comparing its performance to other cases. The results aren’t surprising. The vertical mount is seen to decrease the temperatures as compared to the horizontal mount when the fans were set to the bottom intake.

Overall, the thermal performance is acceptable. It isn’t as good as the HAF 500. But, this case has been built for liquid cooling and it focuses more on aesthetics as compared to the HAF, whose primary concern is airflow.

The case does not come with any fans, and you have to consider that too when considering value. We don’t think this case is that overpriced. It gives you the vibe of the O11, a case that costs around $170 or ₹11,000. Although you miss out on a lot of stuff like this case is not as well built as the O11, it does not have the second compartment as that case, but this case still gives you a lot.

The Antec P120 Crystal does have a few caveats, but overall it isn’t a bad case. It is a lookalike of the PC-O11 Dynamic, but it adds a lot of its formula to make it the P120. Following our standard awarding methodology, we award the Antec P120 Crystal, case the Hardware Corpus Silver Award.

We recommend this case to anyone looking to build a showcase build, but do not have the budget for a PC-O11 Dynamic. 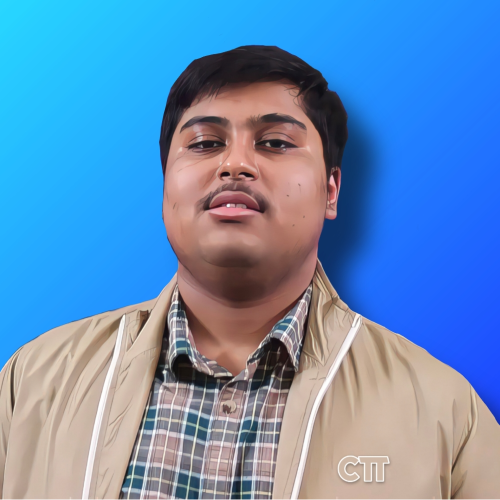