The latest generation consoles, notably the Sony PlayStation 5 and the Microsoft Xbox Series X|S support high-speed storage solutions like PCIe Gen4 NVMe. This has pushed gaming to a whole new level. The PlayStation 5 has a generic PCIe x4 slot that allows users to plug in any SSD up to the M.2 2280 form factor. Jumping into this freedom of customization, companies have started to come up with custom-made solutions to suit the console the best. MSI’s latest offering is one such product.

MSI’s new offering is a part of their Spatium lineup of their SSDs. It is a slightly modified version of the M480 drive which launched recently. MSI has taken their already proven formula and optimized it to best suit the console’s specs and requirements. On paper, the drive has some impressive specs. Let us have a look at them.

MSI was kind enough to send over the 2TB variant of this drive for review. So, we will test it thoroughly in this article.

The SSD comes well packaged in a black box. The box mentions the specs of the drive, and it also states that it is “PS5 Compatible”.

We find the SSD well protected inside. It also has a caution sticker warning users to not try to open the heatsink. Overall, the unboxing experience is quite well done. We are impressed with it.

Taking the heatsink off the drive was a bit of a struggle because MSI did not design it to be removable. The SSD is meant for console players, and the company has done its best to ensure good compatibility and performance without any hassle.

After taking the heatsink apart, we see that MSI has used thermal glue in place of opting for the more convenient thermal paste or thermal pad solutions. Thermal glue also acts as an adhesive atop the thermal conductivity it comes with. This helps in keeping the heatsinks tightly attached to the drive, thereby making it easier to use.

MSI has not cheapened out on the quality of the components being used inside. We see a high-quality Phison PS5018-E18 controller, which is built on TSMC’s 12nm node. This is their latest Gen4 controller which is capable of sequential read and write speeds of up to 7400 Mbps and 7000 Mbps respectively. This drives almost maxes out on this controller’s potential.

MSI has opted for eight of Micron’s 176-layer 3D TLC IA7BG94AYA flash modules. Each of these modules is of 256GB capacity and this amounts to the total 2TB capacity of this drive.

The drive can also be used PCs, and we highly rate this flexible feature.

The test bench we are using is a modest setup. Also, all the numbers in this review were taken by plugging the SSD into the PCIe Gen4 capable M.2 slot of the B550 Tomahawk. The photo attached above is for representation purposes.

We tested the SSD in several benchmarks, and are genuinely amazed by the performance metrics. Let us look at the results below.

We ran three passes of the Anvil Storage utility benchmark and averaged the values for a final result. These final values are listed below.

Just like Anvil, we ran three passes of the AS SSD benchmark, and averaged out the values. We got an average read score of 3115.67 and an average write speed of 3473.67. This brings us to an overall average score of 8196.33. The detailed results are listed below.

Just like the other benchmarks on this list, we ran three passes of ATTO. The performance is quite consistent starting from file sizes as small as 128KB up to 64MB data chunks.

We ran three passes of the test. The detailed results are listed below.

We see that the performance levels with large and small data chunks are almost the same. The differences are within the results’ margin of error. This resonates with the quality of the controller on board.

Overall, the performance is very impressive. This drive packs quality hardware in it, and that reflects in these stress test results.

Although the Spatium M480 Play drives have a different target audience, one that is almost untouched, the price hike is justified as the drive over-delivers. It also has a higher endurance (1400 TBW) as compared to most other drives which top out at 1200 TBW to 1300 TBW.

For PS5 users, this drive will be a beast of an upgrade as it manages to beat the in-built SSD by a huge margin. And, since it is compatible with PCs too, the M480 will make for a low-profile alternative to the similarly priced Spatium M480 “non-Play”. But, we do not recommend this drive to PC users because the heatsink cannot be taken off. It might destroy the aesthetics of your build in case you have an M.2 Armor on your motherboard.

Although the Spatium M480 2TB Play is a bit costlier, we are thoroughly impressed by its performance levels. This drives over-delivers, and we get numbers that are much higher than what MSI advertised. It also packs some of the latest high-end hardware like DDR4-2666 DRAM, and one of Phison’s latest Gen4 controllers, making it one of the best choices if you have the cash to spend on an SSD. We are awarding this drive a Hardware Corpus Gold award. 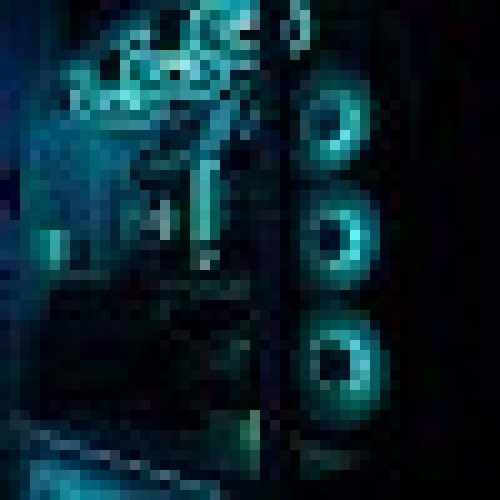